The first and foremost question design mavericks or creative directors are presented with at fashion weeks usually revolves around the inspirations that have informed their present collections. More often than not, a single reference point is quoted in the response – a certain period in history, an influential figure, political circumstance or a defining travel experience. Although these examples may appear homogenous by nature, casting a zoomed-in lens reveals that each one is an amalgamation of imagery, text, beliefs, ideas, voices and cultural motifs. Such was the case at the Dior Spring-Summer 2021 ready-to-wear show at Paris Fashion Week, where the French maison’s creative director, Maria Grazia Chiuri, drew inspiration from the work of 87-year-old Italian visual artist, Lucia Marcucci. She is an emblematic figure in the art world best known for her avant-garde collages that she terms as “visual poetry”. She designed the show’s scenography to resemble her unusual work in the form of stained glass, lending the setting a church-like atmosphere.

However, the entirety of Chiuri’s inspiration is manifested in the collection’s accompanying film, brought to life by Alina Marazzi, the innovative Italian director tasked with introducing Marcucci’s experimental vision to the audience. Short yet packed with different levels of thought-provoking narration, To Cut Is To Think is as much a window into the past as it is a reflection of our contemporaneity. The film starts off with a young woman, dressed in white overalls and an inquisitive attitude, making her way through a gallery exhibit of Marcucci’s work. From newspaper cut-outs to mass media imagery, the talented visual artist’s knack for combining various materials to construct an entirely new meaning is fuelled by her desire to subvert what already exists. The female protagonist finds herself mesmerised by the plethora of mediums that Marcucci exploits to make her case, be it about the representation of women at the time or the influence of advertising language on self-image. The former exudes a curious gaze, eventually immersing herself into the texture of this feminist artist’s work, which is playing as a montage in the background. “The idea was to merge surfaces through the actress,” expands Marazzi when discussing the creation of Marcucci’s cinematic alter ego, who interrogates the poet’s world by eventually becoming a part of it.

The film’s title, To Cut Is To Think, also has a poignant message for those who wish to explore it. The act of cutting is a core practice in most creative affairs — collage-making, film-editing or garment creation — however, the word often has a negative connotation attached to it, one that is rooted in destruction. Marazzi encourages us to see the flip side by reinterpreting the “cut” as something that brings about meaning. Much like the process behind Marcucci’s female-centric collages, the breaking down and reassembling of materials to evoke a new association is ubiquitous in today’s fragmented times. Once the cut has been made, there are endless possibilities to conjure a refreshing significance from the pieces on hand. Channel this perspective closer to home, to the current state of feminism worldwide, to gain insight into how women are, as an act of revolution, constantly challenging existing patriarchal systems such as the male gaze, glass ceilings, gender pay gaps and other issues to fashion something entirely new and based in equality.

The narrative doesn’t stop at this; it has just begun. Not only does Dior’s Spring-Summer 2021 ready-to-wear collection borrow from Marcucci’s meaningful collages for its backdrop, but the clothes themselves also illustrate this mix-and-match ideology, quite literally. The collection is abundant in juxtapositions of fabrics, cuts, patchwork and references from Christian Dior’s past designs. Spot the relaxed renditions of Dior’s classic looks, notably the infamous bar jacket that Chiuri transformed to be better suited for current comfort-dressing needs. Liberation was key as models strutted in bohemian free-flowing dresses and scarves in a blend of patterns. “Fuss-free leisurewear that still evoked a sartorial sensibility through its sleek silhouette and elaborate detailing”, would be an ideal description of the medley of individual pieces Dior introduced to us. Think shirt dresses, distinctive tunics and regal robe gowns.

“I believe that the idea of combining elements from different cultures, but which share affinities in the way they are constructed, is a way to portray what lies beyond fashion,” explains Grazia. In this industry, every style comes with its own baggage (the good kind), and the mingling of its heritage with a new vision is what keeps fashion enthusiasts on their toes. Applying this to 2020’s unprecedented happenings isn’t a mammoth task; rather, it is an introspection that Dior encourages, perhaps coincidentally. Drawing on the past but modifying and incorporating novel elements is integral for a better future in a post-pandemic universe. Whether it’s through sustainable initiatives, conscious consumerism and an overhaul of healthcare infrastructure or the protection of underprivileged communities – the prevailing fabric is in dire need of some “cuts”.

A Name to Know: Mr&Mrs Italy

3 Ways to Style a Balmain Blazer 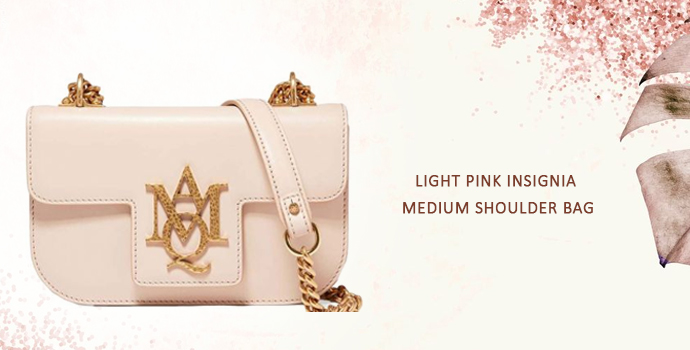